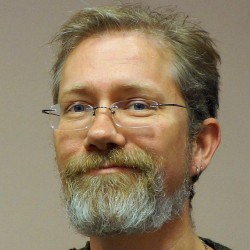 Walter Hade
Walter Hade is the Editing Manager at a small print publication in Michigan's upper peninsula. One of his hobbies includes writing for online publications and he is thrilled to be a contributor here on Rambling Fever. Remember when Chandler sent Joey (we’re talking the sitcom “Friends”, of course!) to buy a new kitchen table, but instead he came home with a Foosball table? Or in “Community” when the students need to beat the big bad German Foosball team in an all-night challenge? Foosball is a part of American culture and continues to have its place in today’s gaming scene.

A two-player version of soccer that is played on top of a table, Foosball (sometimes spelled “fuzboll”) involves miniature figures on rods that “kick” at a ball trying to get it toward the opponent’s goal. The foosball game we know of today was invented in the UK in the early 1920s, but really didn’t come into true popularity in the United States until the 1960s. END_OF_DOCUMENT_TOKEN_TO_BE_REPLACED